Isolation without errors. What problems can arise when installing graphite polystyrene?

However, choosing graphite polystyrene for insulation, you may encounter some problems during the installation of polystyrene boards.

So, first of all, you should pay attention when working with graphite polystyrene.

To avoid the above problems, it is necessary to protect the facade, which is insulated with polystyrene, from sunlight. To do this, use special protective nets. Before the start of facade works on thermal insulation, scaffolding must be covered with a protective facade mesh. Such protection is necessary at each stage of works (during gluing of plates, grinding, reinforcing, priming and drawing thin-layer plaster).

It is also important to use an adhesive specially adapted for bonding graphite polystyrene.

Stores of graphite expanded polystyrene should be stored in a dry place without exposure to sunlight. 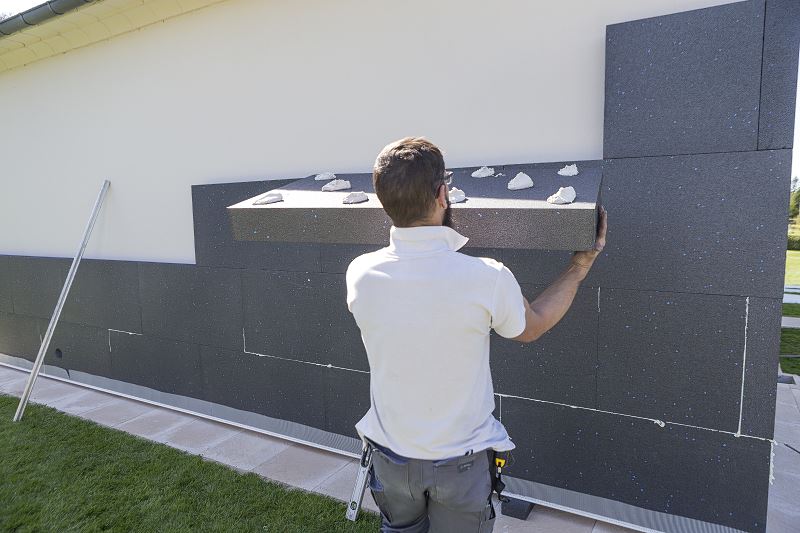