The “PINOPLAST CENTER” factory in Kropyvnytskyi is open!

The “PINOPLAST CENTER” factory in Kropyvnytskyi is open!

Four years ago, in the Kirovohrad region, the implementation of the investment project for the construction of the “Pinoplast Center” factory, which will produce expanded polystyrene, began, with the company “EUROBUD” acting as an investor. The project was also implemented with the active participation of the Kirovohrad Regional Chamber of Commerce and Industry. Representatives of the city council and the regional state administration also joined the ceremonial launch of the factory. They assure that the opening of such an enterprise will give impetus to the development of the city and the region.

“Our goal was to expand the geography of sales, to provide high-quality products to residents of the central part of Ukraine. The city of Kropyvnytskyi was chosen for the construction of the new production. We plan to cover an area of 400 km around the plant with finished products,” says Roman Volkov, co-founder of Eurobud Center LLC, construction investor.

The factory is equipped with the most modern technologies: European, energy-efficient equipment imported from Austria and Poland. Today, the plant employs 40 people, and under the conditions of reaching full capacity, it is planned to create 120 jobs.

The participants of the opening were greeted by the executive director of the state institution “Office for attracting and supporting investments” (UkraineInvest) Serhiy Tsivkach, head of the regional state administration Maria Chorna, head of the regional council Serhiy Shulga, deputy mayor of Kropyvnytskyi Mykhailo Bezhan.

“Your plant is exactly what our construction industry needs today. You have reliable consumers of your products, because schools and kindergartens are being built all over the country. And in terms of energy efficiency, we really need your products. I am glad that it will be of the highest quality produced here, in Kirovohrad Oblast. And I assure you that you now have reliable partners, not only the Chamber of Commerce, but also the entire government of Kirovohrad Oblast. In a month, the enterprise will be able to produce about 150 thousand m² of products. And after a year, the owners plan to add another production line and expand. In particular, the number of jobs will increase.” – the head of the State Administration, Maria Chorna.

After the official opening, all participants saw with their own eyes the process of manufacturing, cutting and packing of foam plastic, and left their wishes for the EUROBUD company on the first produced plate.

“Production has been launched and is currently loaded at 30% capacity. Today, we produce approximately 60,000 square meters per month, then the market will dictate its demand, we plan to increase the capacity to 200,000 square meters. per month. Products will be delivered from this plant within a radius of 400 km. In particular, such regions as Mykolaiv, Odesa, Kherson, Zaporizhia, Kharkiv, Dnipropetrovsk, Poltava, Kirovohrad, Cherkasy, Chernihiv and Sumy. In this way, the production in Kirovohrad Oblast together with the sister plant in Kalush will cover the whole of Ukraine. The founders of EUROBUD assured not only the high quality of the product, but also its availability.” – plant director Oleg Khmurenko.

“Production at the “EUROBUD” plant is environmentally friendly and has a minimal amount of waste, mainly household waste, all foam scraps are reprocessed and returned to the production process. For this, the products were awarded the “Green Crane” environmental label. » – Roman Volkov.

There was also a “tour” of the plant. Roman Volkov told about the capacities and stages of production. According to him, new, modern high-tech equipment of the best European manufacturers (Austria, Poland) is installed here, which directly affects the quality of production of foam (including EPS, granular, etc.).

Production facilities were built in the industrial zone of Kropyvnytskyi. A production workshop, a steam boiler room that runs on sunflower pellets, a warehouse, a garage for repairing cars, and a transformer substation were built.

European quality – affordable price. From now on, throughout the territory of Ukraine. 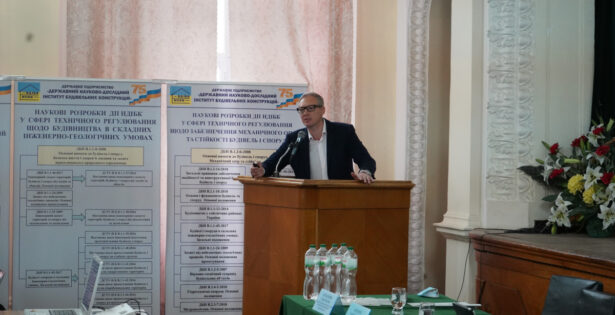 29.09.2020
Eurobud took part in a round table on accelerating thermal modernization in Ukraine 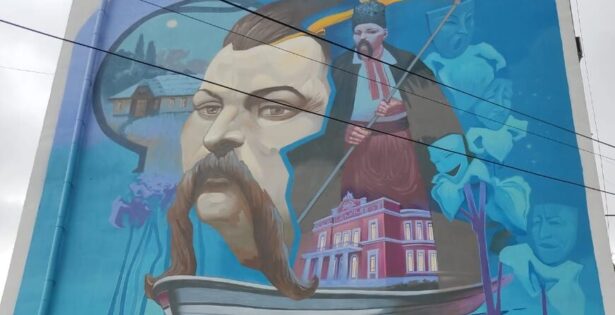